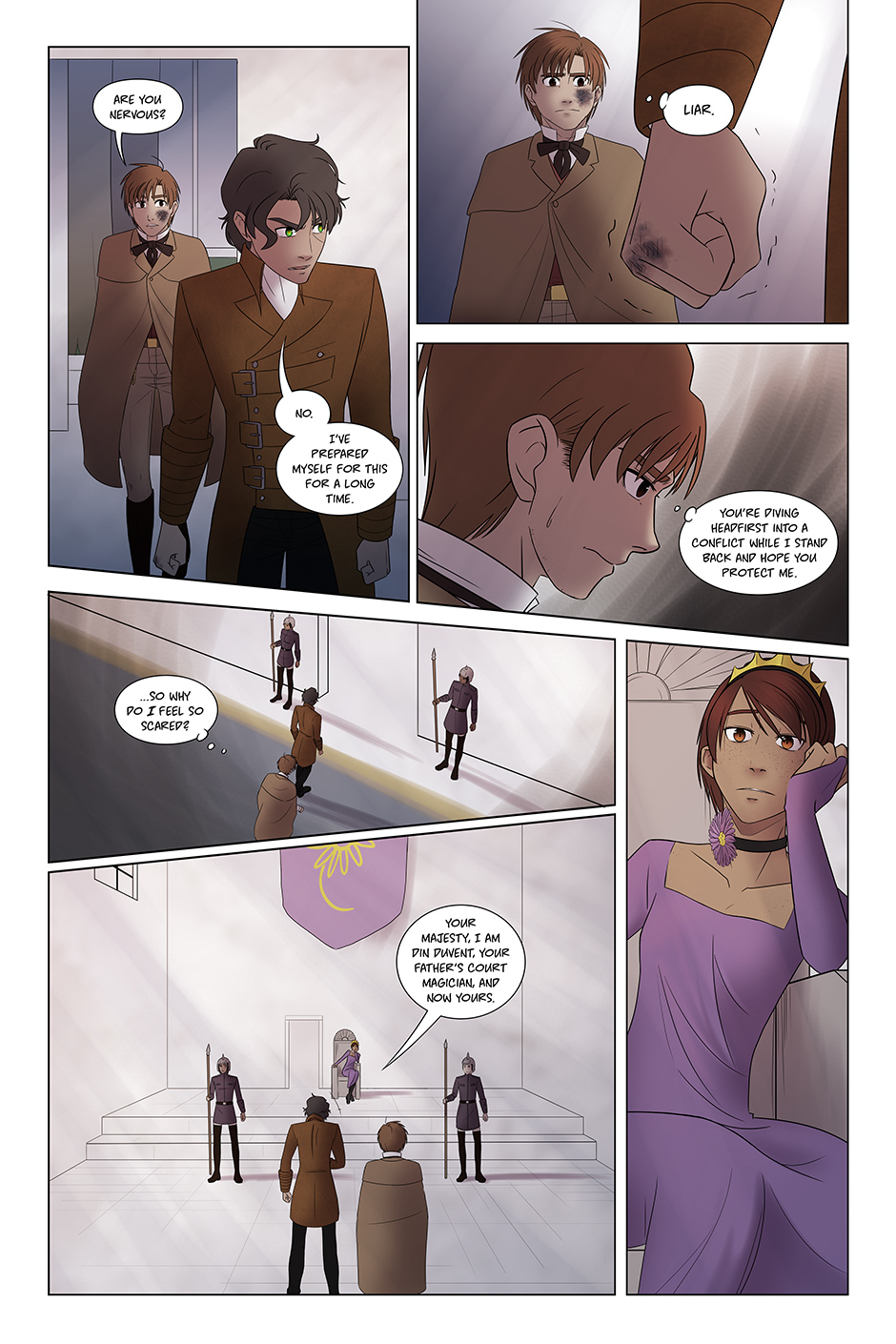 If you’re a frequenter in the Discord server, you’re probably already aware of all of this. If not, here’s what’s up.

After this chapter is complete, I’m going to stop updating the comic regularly. For the rest of this chapter, comic updates are going to come as they’re completed, without deadlines.

That’s the big bad news drop. But the important thing is I’m not stopping work on Galebound.

There’s some reasons behind why I’m doing this, mainly due to health. The stress of the comic deadlines have taken a toll on my health and I need to make changes to get healthier.

Additionally, the end goal of this project has always been to tell this story, and at this point I would prefer to tell the story in novel form. This will allow me to finish telling the story much faster (months instead of years), and dropping the comic work will give me the time to actually work on the novel, which is something I’ve always wanted to do.

With this plan in place, I’m tentatively setting the completion date for the novel’s complete first draft as May 15th, 2020. Frankly that’s a very forgiving deadline and I’m hoping to have it done months before that, but I’m trying to be kinder to myself and set smaller daily work goals.

How this affects Patreon has been detailed in my post there, but here’s the plan going forward:

As chapters are written, they will be released on Patreon, exclusive to Patrons. When Galebound is complete as a whole, I’ll run a kickstarter to finalize the funding for an editor and help pay for the publishing.

As for the comic, I’m not planning on stopping it entirely, but I need to be smarter with it. Once the novel is done, I’m planning on slooooooooowly putting out comic updates, completed only as time allows.

That’s the gist of what’s goin’ on. Thank you all for supporting me and hope you stick around for the novel! If you can, please also check out the Discord server! It’s been excellent in there, and several people have expanded the Galebound universe with their own original stories and it’s wonderful. You can check them out at the Galebound tag on AO3!